From Coca-Cola to carrageenan, a month-by-month look at some of Food Dive’s biggest stories of 2016.

It was a year of great changes, new trends, sweeping legislation, and new ideas. And as 2016 comes to a close, we’re looking back at our food industry stories that attracted the most readers throughout the year.

In January, we asked industry players to provide insight on food trends that would define the year. Projections included brand efforts to combat distrust of Big Food, increased transparency and whole chain traceability, the rise of fermented foods, animal welfare improvements and the pursuit of high-end offerings.

Transparency is by and large the biggest changemaker of the list. Consumer interest in ingredient sourcing and sustainable harvesting methods has pushed brand transparency from an attractive bonus to a necessity. The federal GMO labeling law, signed in July, is further evidence of the culmination of consumer health trends and desire to know more about what is in food.

New government regulations have sought to tackle the issue of food safety holding food and beverage companies accountable. Stay abreast of the latest in food safety.

New government regulations have sought to tackle the issue of food safety holding food and beverage companies accountable. Stay abreast of the latest in food safety

This demand for whole, simple ingredients and products also fueled consumer desire for foods from the past, such as ancient grains. Fermented drinks also saw a surge in the beverage sector as the benefits of probiotics became top of mind for consumers.

February: Challenges for cereal and soda

Two of the segments that have struggled the most with maintaining profitability and growth are soda and cereal. We started February by taking a look at challenges each segment faces, as well as their strategies for success.

Cereal’s decline was starting to be notable, with a CAGR drop of 1.5% each year from 2009 to 2014. Brands and analysts were rather upbeat about the possibilities, regardless of the poor numbers. Innovation — such as creative or better-for-you varieties, or marketing the perception that cereal can be a snack, and not necessarily eaten from a bowl with milk — was seen as key to the category’s rebound. Analysts also believed that the older generation, which grew up with a bowl of cereal in the morning, were important to strengthening the category.

Soda’s major concern is its traditionally high sugar content — though diet versions have also done poorly and have been linked to unhealthy eating habits. Smaller cans have helped reinvigorate the category, and marketing campaigns showing soda as an important part of everyday life also were starting to appear. But major manufacturers were also beginning to invest in other types of beverages, like bottled water and RTD tea and coffee.

The importance of brand loyalty took center stage in 2016. As more and more young startups crowded the food and beverage space, established brands began to realize longevity was not enough to retain consumers, which resulted in a wave of social media campaigns and other initiatives to convey company voice and ethics.

While Coca-Cola leaned into the nostalgia factor of its classic products and packaging, PepsiCo sought innovation, creating a “Pepsimojis” marketing campaign that targeted younger demographics by including different emojis on bottles, cups and cans to promote social media presence and shareability.

Ultimately, this project and other hefty PepsiCo marketing investments, such as their sponsorship of the Superbowl’s halftime show, brought the brand visibility and relevance that helped it earn the top spot in Brand Key’s 21st annual Consumer Loyalty Engagement Index, bringing Coca-Cola’s four-year winning streak to an end.

Cost-cutting has been one of the ways food companies have sought to increase their profit margins. Employees tend to be one of the largest line items for any business, and that has led to factories closing, downsizing, relocating outside of the U.S., or all of the above.

Each company had different a reason for closing its plant. All three illustrated motivations common in the industry today. TreeHouse was hoping to cut back on expenses after buying ConAgra’s private label business. US Foods had finally won its fight with its union and needed larger profit margins as it went public. Sensient’s closure was part of a massive restructuring effort.

May: Cargill exec talks millennials in the food business

The food industry’s aging workforce became a deeper concern this year as food science undergraduate enrollment numbers continued to fall, resulting in a three-year dip from 2014 to 2016. As millennials and younger generations are the most sought-after consumer target for food and beverage companies, this was cause for concern. How could the industry stay relevant if its players were so far removed from this age group?

Food Dive sat down with Mike Robach, vice president of corporate food safety and regulatory affairs for Cargill, to discuss the pivotal role that millennials play in the future of food science.

Robach cited the “unsexiness” of food science compared to startups in the food and beverage industry and in other business spheres as a major problem. He also said food science is often associated with processed foods — a category millennials are generally wary about.

Negative sentiment toward Big Food could also be fueling millennial disinterest in the job space, but Robach said the best way to incite change to meet the demands of this age group is to have them be involved in the process.

The long-awaited overhaul of the Nutrition Facts panel was announced in May. While many consumer groups and health advocates were thrilled with the changes — which should be on products in mid-2018 — Food Dive looked at four food and beverage categories that could have a rougher time: low fat or fat-free dairy products, soda, salty foods and foods that depend on fiber as a health benefit.

The low fat foods and soda face a similar issue: their traditionally high sugar content will be on full display. Some of those products will need either a reformulation to show fewer added sugars, or a thorough explanation of their high sugar content. Soda faces a unique challenge because the current label gives the consumer information about what is contained in a single “serving size” — often a small portion of a container.

Manufacturers of salty products are also trying to reduce how much goes into products. This is a tough balance because consumers are so used to the way salt makes their favorite foods taste. As for fiber, the Food and Drug Administration is recommending average Americans get less of it. This means that foods whose claim to fame was being high in fiber might need to find another aspect to tout.

To read the full article by Mike Lee, go to FOOD DIVE 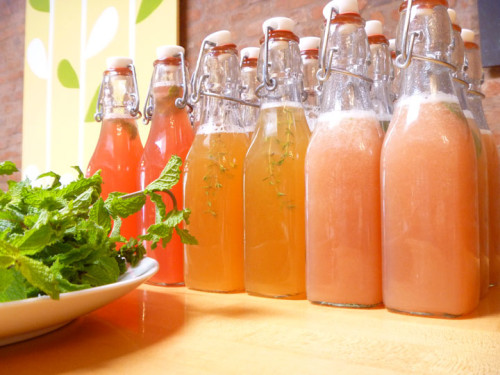 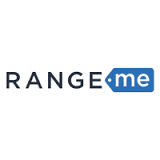 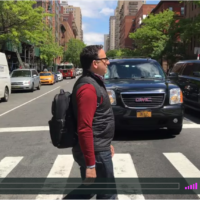 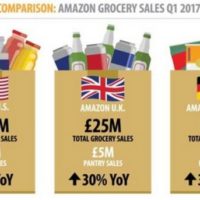